Released In Theaters April 2, 2021, Now available On Demand and Digital.

Distributed by Paramount and Saban

ASSAULT ON VA-33 winner of four 2021 Silver Telly Awards (film, writing, VFX and editing) follows a decorated veteran and PTSD sufferer, Jason Hill (Sean Patrick Flanery), as he meets his wife, Jennifer (Gina Holden), for lunch at the Veteran’s Affairs hospital where she works. After Jennifer is called away for an emergency consultation with the head of US Military’s Joint Chiefs of Staff, Jason leaves the VA with a strong feeling that something isn’t quite right. He doubles back to take a second look, just as the hospital and everyone in it is taken hostage by heavily armed terrorists led by Adrian Robakov (Weston Cage Coppola) and Jackson (Mark Dacascos). With all communications in and out of the hospital cut off and his only help via phone from the local Sheriff, Chef Malone (Michael Jai White), Jason becomes the last line of defense and must battle the terrorists and his own PTSD induced demons to save his wife, the General, the hospital’s staff and patients.

Distributed by Saban and Paramount Movies 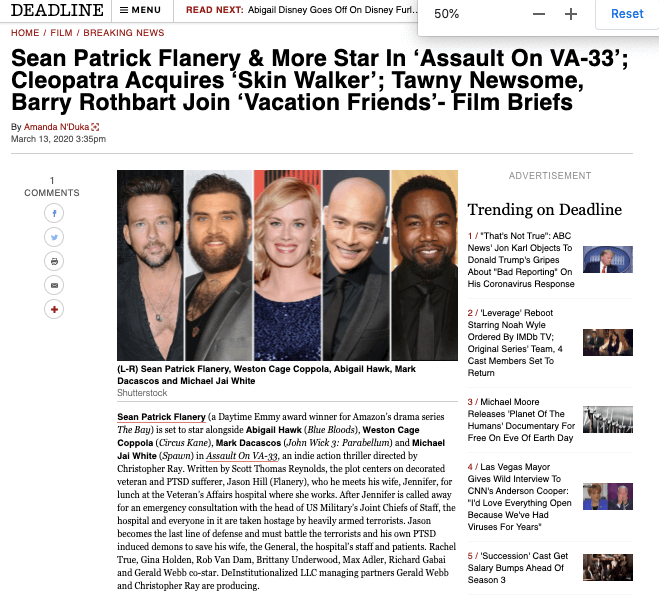