Philadelphia Red Carpet Press Premiere: A House Is Not A Home

DeInstitutionalized’s award winning film A House Is Not A Home is having it’s official Red Carpet Theatrical Release on Thursday, September 1st, at the Perelman Theater at The Kimmel Center for the Performing Arts in Philadelphia.

Beginning with a celebrity Red Carpet opening, the Award winning A House Is Not A Home will screen and will be followed by a Q&A with the filmmakers and Cast members.

A limited number of tickets are available to the general public and include access to the Premiere after party at Fox and Hound. 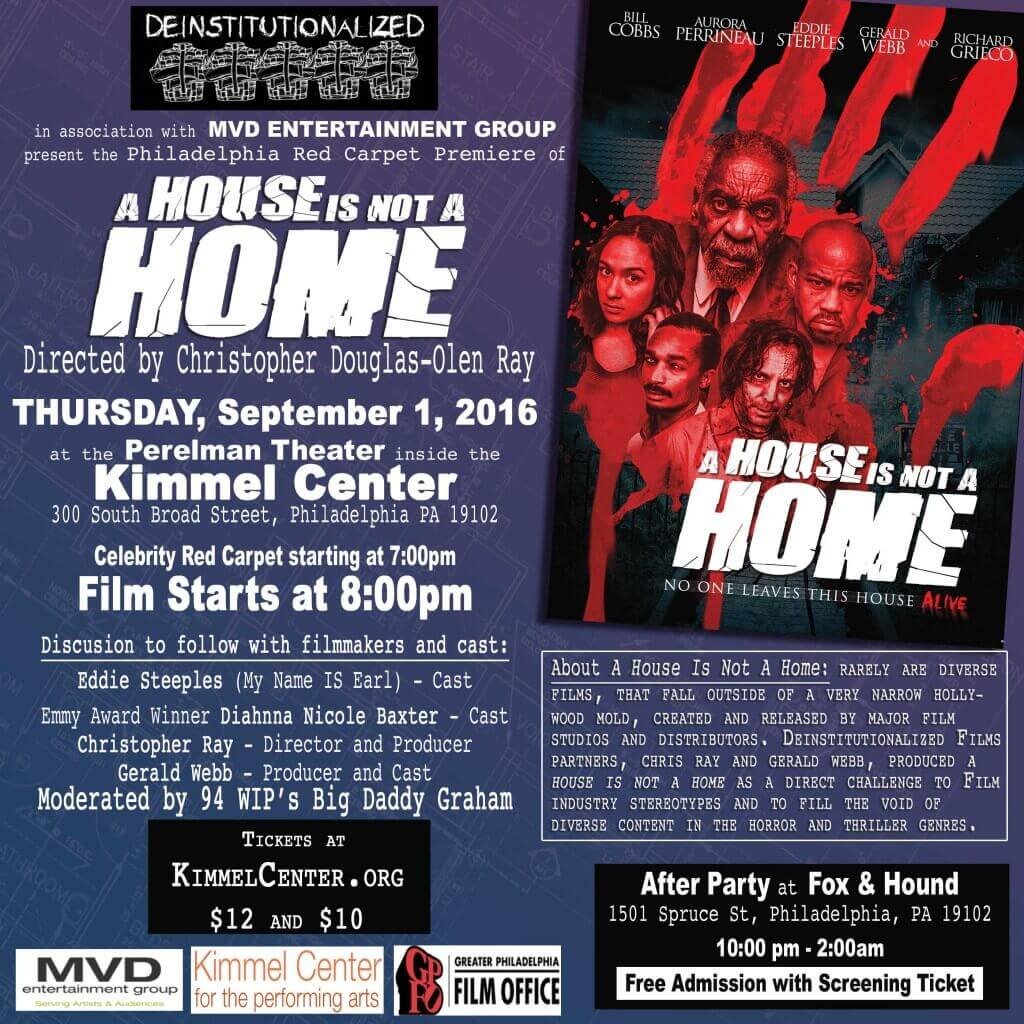