DeInstitutionalized: Escape the Madness, Remain Yourself and Do What You Love 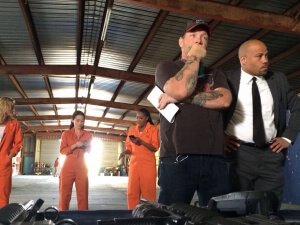 While working together in various capacities on over fifty film projects two friends, desiring to escape a bit of the hollywood madness to create feature films entirely of their own, founded DeInstitutionalized LLC. Under the moniker, the pair have notched numerous awards for the company’s feature films in addition to providing production services to some of the biggest companies in the independent feature film business. Films produced by the DeInstitutionalized team have been acquired by Lionsgate, Paramount, Saban, A&E’s Lifetime Networks, Syfy Network, Hybrid, Marvista, Reel One Entertainment, Uncork’d Entertainment, Animal Planet and a host of other companies. Despite DeInstitutionalized’s rapid growth, these humble friends remain committed to delivering quality scripted entertainment, keeping the dollars on the screen while delivering each project on time and on budget. 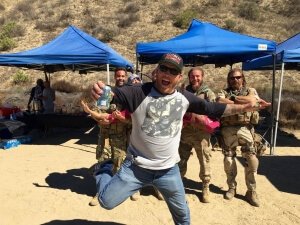 Chris was literally born into show business. He spent his first day on a set at the age of